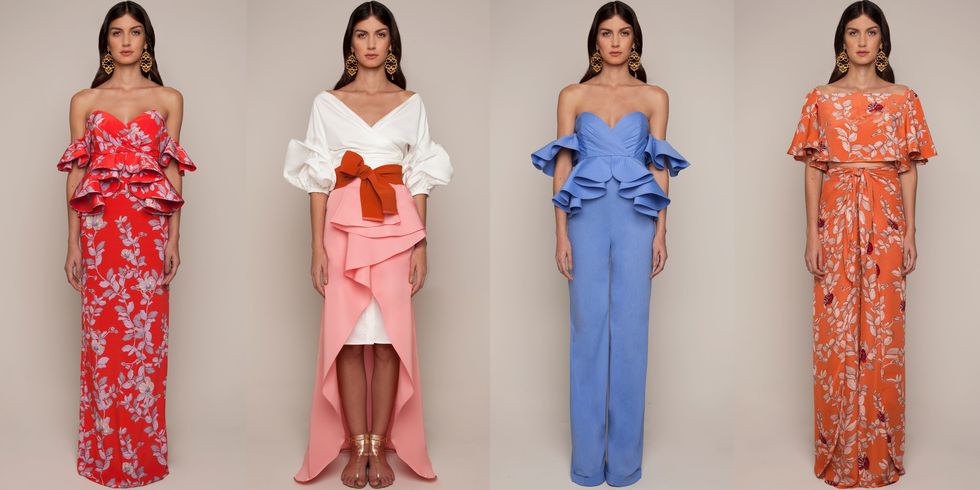 In a moment in time when Colombia seems to be entering a post-conflict state after over six decades of violence, Colombian nationals are engaging in the reconstruction of a national identity, especially through cultural production. Colombian fashion designers, creating one of the most visible images of identity –clothing– are an essential part of this process of re-creation of the nation. In this paper, I study the ways in which Johanna Ortiz and Pepa Pombo, two important Colombian designers that are widely known both in the country and abroad, selling their products through high-end international fashion retailers, use traditional elements of the national identity to create a new image of Colombia, as the basis of their creations for export. I study how Johanna Ortiz takes inspiration from the orchid, national flower, and the elements of traditional costume, and how Pepa Pombo borrows hand-woven techniques of textile manufacture and geometric, abstract and tribal patterns in textile design from the indigenous communities. I argue that, in de-constructing the stereotypes that associate these elements with the violent and corrupt ideas of armed conflict and drug cartels, and reinterpreting them in their own design aesthetic, they re-construct the Colombian nation and re-create the national identity under a positive light, thus providing a new image of Colombia both for export and for the Colombian peoples to identify with.