I wrote this article for a friend’s blog at the beginning of the year and, for some reason, I haven’t stopped thinking about it lately. The issue of fast fashion and its impact both on the lives of consumers and those of industry workers has been huge, and it is something that I am really interested in. So I decided to bring it back to life, revamp it with a few necessary edits, and share it with you. A year ago, during orientation week at Parsons, one of my professors my brand new class of 35 graduate students to raise their hands if they had ever bought something at Forever 21. We were all probably too terrified about our first day of class to even be able to raise our hands, so when she saw the dead silence that invaded the room, she said: “Come on! Lingerie for 3 dollars? Who doesn’t buy that?”

Yes. It’s very hard not to be tempted to buy lingerie for three dollars. Or t-shirts for five, dresses for ten, and shoes for fifteen… You can make an “A+” fashion statement with less than fifty dollars and rock your way to a date dinner with your love or a crazy night out with your friends (or both). And, although I had been hooked to it for quite a while in my life, I decided to quit—or at least try to avoid buying it as much as I can. And to be honest, it has been the best decision I have ever made in my life!

When I was a teenager, there was nothing I cared more about than looking good. I used to be the intelligent girl at school, but I wanted to hide my brains behind good-looking clothes—and having a designer mum was always of great help! So I spent hours with my nose inside the latest issues of Vogue or Harper’s Bazaar, and reviewed all the runway shows from my favourite brands as soon as they were published online. I would never walk out of my home without looking at myself at the mirror—and of course feeling satisfied with my reflection—and hated to be seen wearing the same outfit twice in the same week. Repeating clothes was my worse nightmare.

Until I realized I would have to pack my entire life in two suitcases and leave everything else behind.

That happened a little over a year ago, when I decided to attend Parsons and get an MA in Fashion Studies. I had been dreaming about moving to New York City for almost a decade, and now the time had finally arrived. And because I don’t own an airline or a ship big enough to carry all my items all the way from Colombia to New York, it was pretty impossible for me to bring all my clothes. So I had to start being more intelligent in my sartorial decisions.

Although I didn’t actually pack my bags until the night before I travelled, I did start thinking of the items I wanted to bring with me way ahead. I knew I had to optimise the space available as much as possible, and this obviously required making the best choices. The slightest mistake would end up in chaos, so I definitely needed to prioritise.

Bearing in mind that the weather in New York includes about eight months of winter every year, I chose to pack coats and boots first. In the end, they were always the items I invested on—thanks to my mother’s pressure, which I now have learned to appreciate deeply—and the ones I knew I would have to wear the most. Some of my favourite dresses would go next, followed by pants and skirts, and I only left a little space for a couple of t-shirts and everything else I needed.

After deciding how to prioritize the types of clothes I owned, I had to choose the actual garments that I was going to bring with me. For this, I followed two strategies, both of which—I think—would have been natural to anyone with the slightest common sense. First of all, I asked myself how often I thought I would wear the item. If the answer was “a lot” I packed it; if not, forget about it. And the hardest part of this one was that, going through my entire wardrobe, I found several different pieces of clothing I had forgotten existed and felt a slight fallback for them. Although I ended discarding them because if I had forgotten about them on the first place that is a good indicator that I didn’t need them at all.

My second strategy was a little more neutral, and required choosing what was in the best state and had the greatest chance of enduring through time. And these things were, of course, not exactly my fast fashion treasures.

After going through the trauma of seeing boxes full of clothes being left at my house, ready to be donated to those in need, and moving and settling in New York, I’ve generated a sort of aversion to these brands. I think this has happened mainly because I hate crowds and there’s nothing that tortures me more than walking into a very crowded H&M on Fifth Avenue when I’m trying to take my after-brunch stroll on Sundays. But it’s also because I can’t handle the whole concept of it and how it destroys pretty much every single effort humanity has taken to advance in terms of freedom, human rights, and economic development. Before arriving to the academic world of fashion, I went through math, business and economics, where I learned enough about corporate finance and labour rights to understand that there’s absolutely no way that a t-shirt that costs ten dollars is paying a fair salary to everyone that takes place in the productive chain of the garment. Just think about it. You have to get the material—natural, as in the case of wool, or manmade, as in the case of polyester—from somewhere. Then you have to make the fabrics, design the garment—although I guess this isn’t much of a process in the production of fast fashion, as most of it is just a copy of what we see in runway shows—, cut the patterns, sew, distribute, and sell the garment. And everyone that works in each of these parts of the process needs to be paid.

If the final product costs ten dollars to you—after having our fast fashion giant earn their good portion of revenue from selling the garment—it turns out that, in the best of cases, there are about 8 dollars to be distributed between the people who took part of the production process. And yes, there is technology—although don’t be fooled because garment production actually needs a LOT of handwork—and there are economies of scale and there is mass production and the quality of fast fashion is absolutely horrible… But it is still not enough to have these people earn a salary good enough to live decently—and by decently I mean, in many cases, to have enough money just to eat.

And I’m not even touching the subject of copyright, which happens to be one of the most contradictory issues in the fashion system—a huge statement, as fashion in itself is pretty much nothing but a contradiction!

So what’s in with fast fashion? I guess you get to wear all the latest trends—that is, if you’re willing to trade them for a very doubtful quality. And you’ll get to wear them for a couple of times, which I guess is good enough for most fashionistas.

However, I am a human being. And if there was something I learned as an economist, and especially as a social entrepreneur in a developing country, is that the world has a great potential to be a better place. And I truly believe that every small effort counts. I feel it is my social responsibility to help these people, and I’ve found that the only immediate way of doing so is not buying from the companies that promote the inhuman working conditions under which these garment workers have to struggle day by day. And although this issue of badly treated workers is not exclusive of fast fashion, and definitely not even of the fashion industry as a whole, I do believe fast fashion is one of the worse examples of unsafe workspaces and violations of human/labour rights of the workers.

Besides—and as cheesy as it may sound—, I don’t really consider myself a fashionista, even though I do love fashion. I am more a fan of style, that endless and insanely magical essence that endures through the ages, rather than fashion and its ever-changing trends. I love being able to identify people’s essence in what they wear, to see a reflection of their personalities and identities and even political beliefs in their dress. I am in love with the idea of finding a “staple” something that suits you perfectly, be it a skirt, a shape of trousers, or even a full outfit! And this is something that you can definitely manage to do by having a wardrobe composed of only a few items that you took the chance to choose carefully and intelligently.

So that’s why I gave up fast fashion. 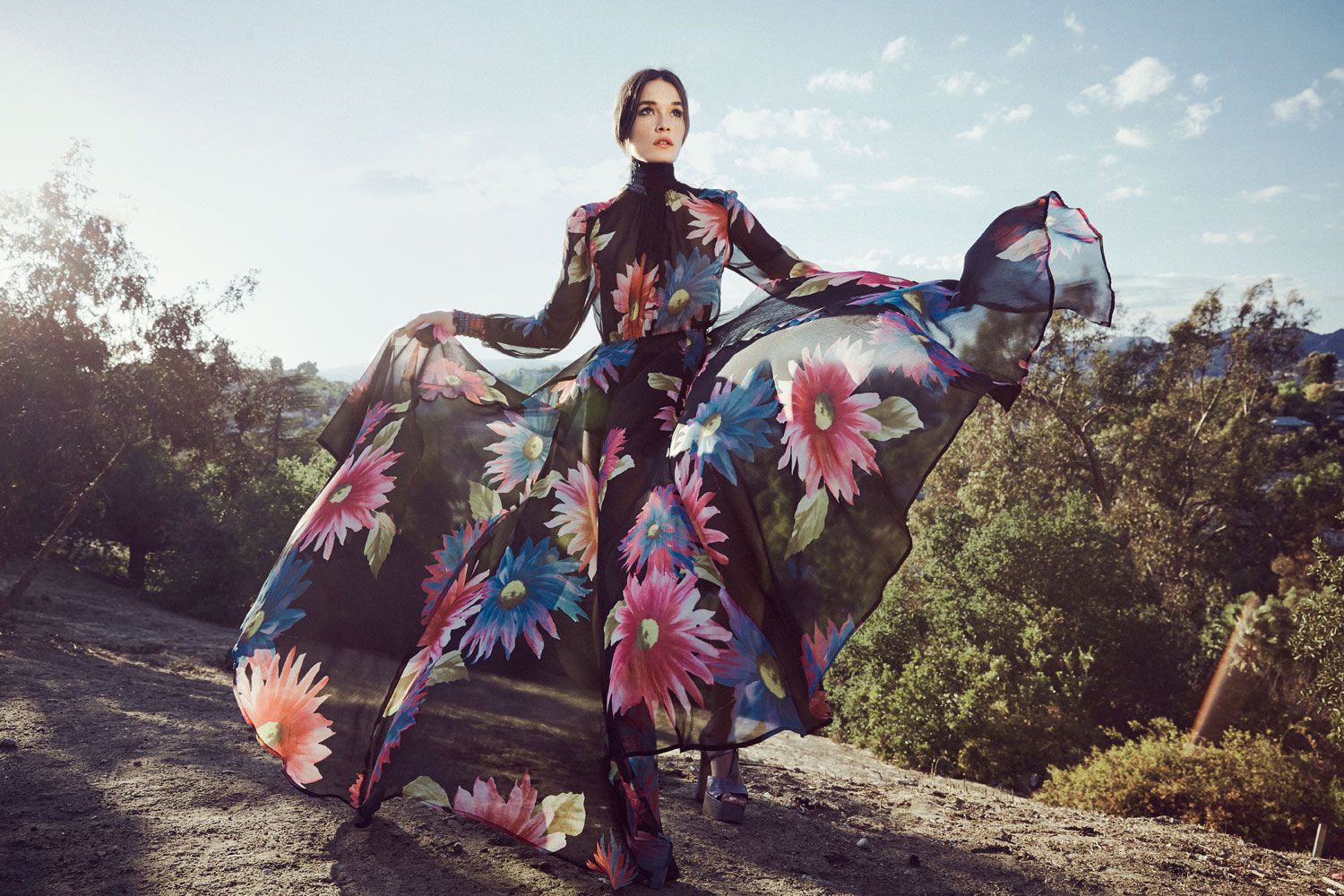 And I’ve loved it.

I don’t buy as much as I did before, but truth is I never actually needed to buy all that much. I’ve been trying to find the types of outfits that suit me and I know I can go to whenever I’m in doubt, and I’ve learned to challenge my creativity when it comes to mixing up the items in my wardrobe to create brand new outfits—and hopefully working towards building the perfect wardrobe I mentioned above. I’ve also learned to enjoy the pleasures of saving money for a few months just to buy a handcrafted leather good made in Italy or handmade knitwear made by an emerging designer that uses ancestral techniques.

I am definitely not trying to convince anyone that I am right or that fast fashion is wrong. If it suits your lifestyle, go ahead and dress in it. In my case, I think both my background in economics and my growing up in one of the most unequal societies in the world has showed me how bad it is to exploit human beings—and that’s exactly what I think fast fashion does. So, more than anything else, quitting fast fashion symbolises, to me, the power of working to achieve a better future for humankind; one that I probably won’t see, but that I sincerely hope my grandchildren will. And in the process of quitting—which hasn’t been easy, by the way, with all those $5 signs popping up pretty much everywhere unless I lock myself in Bergdorf Goodman—I’ve learned to work hard for something in which I believe. And this is definitely the most rewarding thing to do in life.

If you’re interested in other reflections on this topic, Paula Goldstein writes about how she finally chose between fair and fast fashion and Jada Wong explains her love-hate relationship with fast fashion.

One thought on “Why I Quit Fast Fashion”